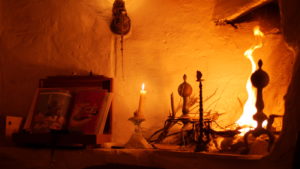 Active as a graffiti writer from an early age and creative by nature follow different paths of expression. He works in advertising and music field, as a graphic designer, web designer, event planner and equipment and later as art director and manager. At the same time he begins to undertake various journeys around the world that will lead him to live in the countries of Europe, Asia, Australia and North America.

Found its ideal expression in the video,art, calligraphy, design so until today, where between Italy and Spain has made documentaries, music videos, corporate videos, short films, art show and desing project